In the fall of 2018, the Utah Department of Public Safety began the Gun Denial Pilot Program within the Crime Gun Intelligence Center (CGIC) in an effort to reduce gun violence by investigating some of the approximately 1,600 firearm purchase denials that occur in the State of Utah each year. These investigations are generated when a firearm purchase is denied due to a background check that indicates the applicant falsified a form and is ineligible to possess a firearm under state or federal law; Utah State Code 76-10-503 (9).

An individual may be ineligible to purchase a firearm for several reasons, including: 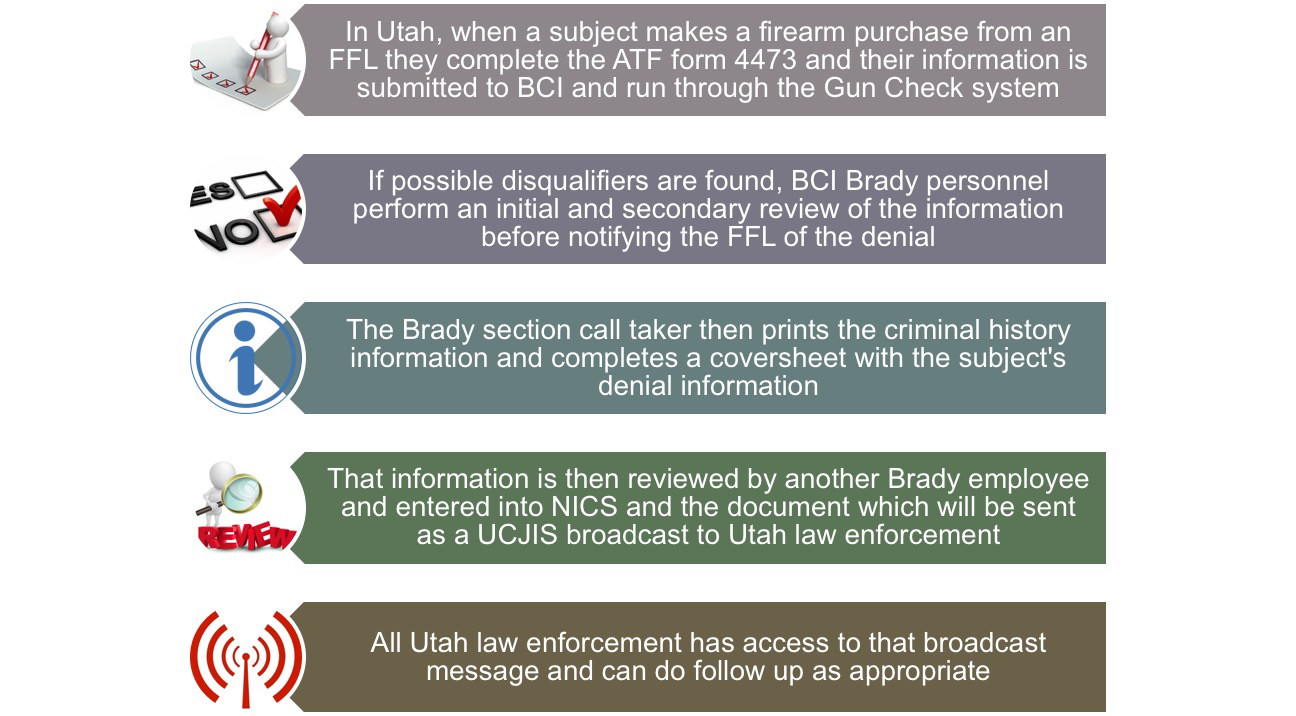 Due to the high number of firearm denials, investigators follow a gun denial triage process that focuses on investigating violent offenders and those who have made numerous attempts to obtain a firearm illegally. Part of the process also includes working closely with local and federal law enforcement officers and prosecutors in jurisdictions across the state to coordinate investigative resources and educate public safety stakeholders on the applicable criminal statutes and the investigative goals of the program.